The problem in this research is the socio-economic condition of the fishermen community in Peling Sawang Village, West Siau District, Sitaro Regency which is still very low. The purpose of this study was to examine the factors that influence the socio-economic conditions of fishermen in Peling Sawang Village, West Siau District, Sitaro Regency. The method used in this research is a qualitative descriptive research method that aims to make a qualitative description, a research method based on the philosophy of postpositivism, used to examine the conditions of natural objects. The variables of this study are the level of education, infrastructure, socio-economic conditions of fishermen. , fishermen's income. The population and sample in this study were the fishing community in Peling Sawang Village, West Siau District and the sample to be taken was 10% of 225 families, namely 22 families. The data collection techniques in this research are observation, interview and observation. The data analysis technique in this research is the case study descriptive analysis technique. Based on the results of the research, it was found that fishermen in Peling Sawang Village, classified as basic education (SD and SMP) as much as 87.73%. Fishermen families have many children, with the average child of each head of the family, namely 3 children. As many as 68.26% of dependents owned by fishermen families are classified as large, namely more than 5 people. In general, the fishing gear used by fishermen in this study is only traditional equipment, so that the catch they get is inadequate by using a boat and its reach is limited to waters that are not so far away, only 3-4 km

Most read articles by the same author(s) 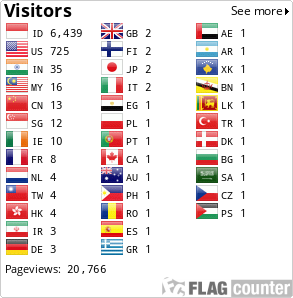 GEOGRAPHIA is licensed under a Creative Commons Attribution-ShareAlike 4.0 International License.